Misrepresentation of Muslims in Hollywood 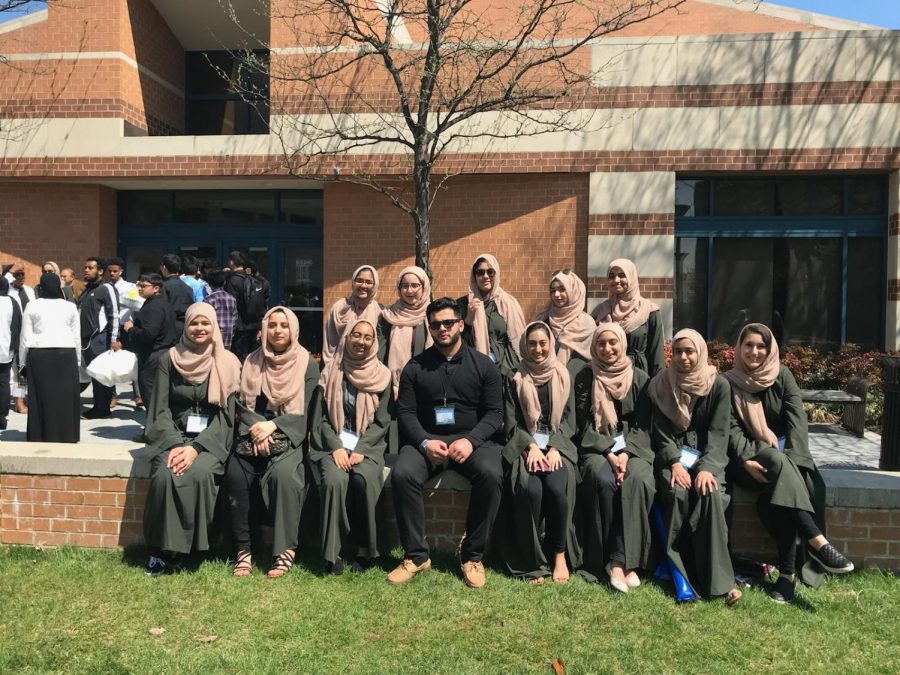 Controversy has surfaced in recent weeks over Apple TV’s trailer for its new movie, Hala.

The film is about a Muslim hijabi girl who “struggles to balance desire with her familial, cultural and religious obligations.” The trailer shows Hala, a teenage girl who wears hijab (Muslim headscarf), skateboarding, which her mother doesn’t approve of, praying, and spending a lot of her time with a non-Muslim white boy.

While the movie has an 88% on Rotten Tomatoes, many people have shared their negative opinions of the film, especially on Twitter. For example, @eemanabbasi wrote, “Anddd another one. How many pitiful movies and shows do we need abt Muslim women struggling w Islam just for a random non-Muslim white boy??” Similarly, someone else wrote, “Stop centering [white, non-Muslim guys] in stories about us” (@jtbigelow). Others have voiced further concerns as well. Some people have said that this stereotypical scenario has been overdone and “is the exact same plot as the last 10 movies/series with a hijabi lead” (@GuyFromTheArea). Also, @Rowaida_Abdel adds that it is “yet another film about the poor brown Muslim woman who only finds happiness through the white man’s gaze because God forbid her faith & culture play any role other than giving her parents accents and a life she feels stuck in.”

This leads to another idea that is shared by the critics of the movie. Many people have described this idea of Hala living a double life and hating her identity, which includes her religion, as just as problematic. Northwest senior Rashika Rahman states, “Muslim girls are always shown as being oppressed by her parents and in need of a ‘white boy savior’ to show her how ‘backwards’ her religion is.”

Hala is not the first movie to be accused of misrepresenting Muslims and their faith. There are a scarce number of movies that even include Muslims in their scripts, so if the few movies that do all show Muslims as either violent, sexist, oppressive, etc., it is almost impossible for non-Muslims to truly understand the peaceful faith or even see Muslims as “normal.” Rahman says, “Misrepresentation of Islam comes from laziness to learn more about the religion before portraying it in a show. It comes from ignorance and lack of thought since I assume directors don’t think about how their shows/movies will affect everyday Muslim Americans.”

Ramey Ashkar, Northwest junior, claims that falsified views of Muslims in America are also due to widespread mass media representation. Ashkar feels, “Mainstream media provides bias news to people, for example, you see every terrorist attack caused by ‘Muslims’ who are really extremist. However, when people see these headlines and see them shown in American movies, they sense that it is reality and that Muslims fit into that stereotype.” Northwest sophomore Safia Shariff adds, “Even though Muslims are shown, they are often depicted as violent characters.

Misrepresentation of Muslims in movies and TV shows has been an issue for decades, and some people have actually taken steps in acknowledging this dilemma.

With an eye-opening speech from Riz Ahmed at the House of Commons in 2017, more people have noticed the misrepresentation of minorities, specifically of Muslims, in media, such as movies and TV. After his speech, two film experts with academic and technological backgrounds formed The Riz Test, which is used to measure how Muslims are being portrayed on film and TV. With inspiration from the Bechdel Test, which measures the representation of women in fiction, and Ahmed’s speech, they created five criteria to measure Muslims’ portrayal.

If the film/show stars at least one character who is identifiably Muslim (by ethnicity, language or clothing) – is the character…

Talking about, the victim of, or the perpetrator of terrorism?
Presented as irrationally angry?
Presented as superstitious, culturally backwards or anti-modern?
Presented as a threat to a Western way of life?
If the character is male, is he presented as misogynistic? or if female, is she presented as oppressed by her male counterparts?

If the answer for any of the above is Yes, then the Film/ TV Show fails the test.”

If directors applied this test to their movies, then it would greatly decrease the amount of incorrect images of Muslims that is being included in Hollywood projects. Also, Rahman suggests, “Directors and producers could improve Muslim representation by conversing with regular Muslims in America and doing more research before blindly writing a stereotypical storyline.”

As the Muslim population in the US is growing, with Islam being the second-largest religion in the world, directors and movie makers should be able to have Muslim characters who are portrayed accurately and not as walking stereotypes who defy American norms.