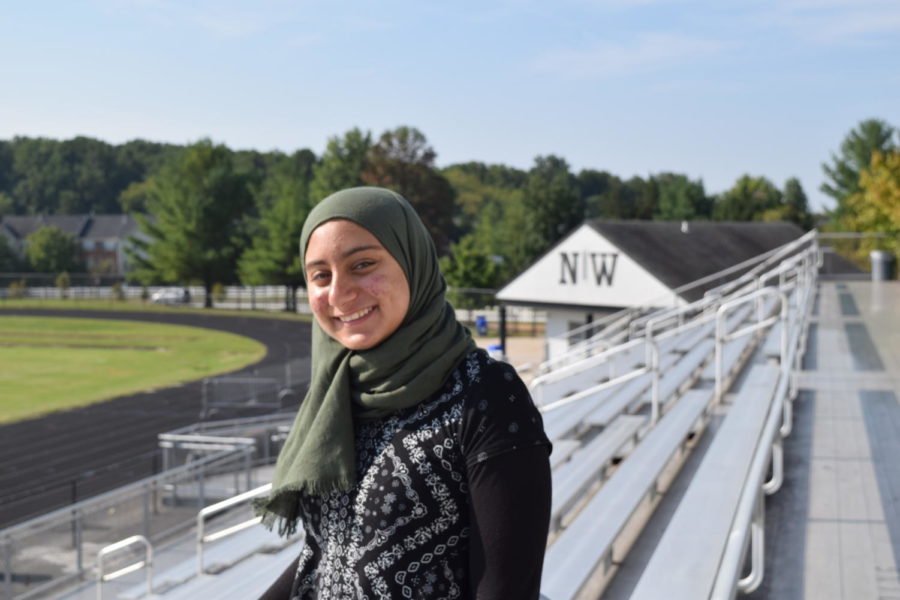 The Jagwire’s own Marwa Barakat has proven her substantial talents once again! The Northwest junior has won in the Scholastic Art and Writing Competition in the DC Region for her piece, “Misrepresentation of Muslims in Hollywood.”

Barakat won a Silver Key in the Journalism category. She will be presented with her award on March 8th at the University of DC Theater of the Arts.

“Misrepresentation of Muslims in Hollywood” is about the inaccurate depictions of Muslims and their ideologies in Hollywood. Barakat discusses the film “Hala” and the backlash it received from the Muslim community. She goes in depth about why Muslims get such poor representation, and explains a test that was created to evaluate a Muslim’s portrayal in a film.

Barakat’s story was not only one of enlightenment, but it was also a call for change. She expresses, “I’m really happy that I won, but I also hope that people will read the story and learn about the misrepresentation that isn’t addressed enough and some people don’t realize it.”

Northwest English teacher Ms. Hider shares her feelings about Barakat’s achievements. “I wasn’t surprised. Of course I was proud, but I mean, it’s all her.” Ms. Hider is ecstatic about the fact that Barakat is passionate about writing. She considers Barakat a “fellow thinker and writer,” and believes that her way of writing doesn’t lack refinement at all.

Ms. Hider furthers her praise by adding, “Just thinking about when we have to write our argument essays, she often writes with sophistication. She will have a really nuanced argument that would make you think of a point of view that even I, as a teacher, will go, ‘Wow, I never thought of it that way before.’”

Barakat has accomplished a lot during her high school career. Along with winning in Scholastic’s writing competition, she won a knowledge competition at the regional and national level in the Muslim Interscholastic Tournament with Northwest’s Muslim Student Association.

Marwa Barakat is one of many brilliant students here at Northwest, and it is easy to wonder just what she’ll accomplish next. Congratulations on your award, Marwa!