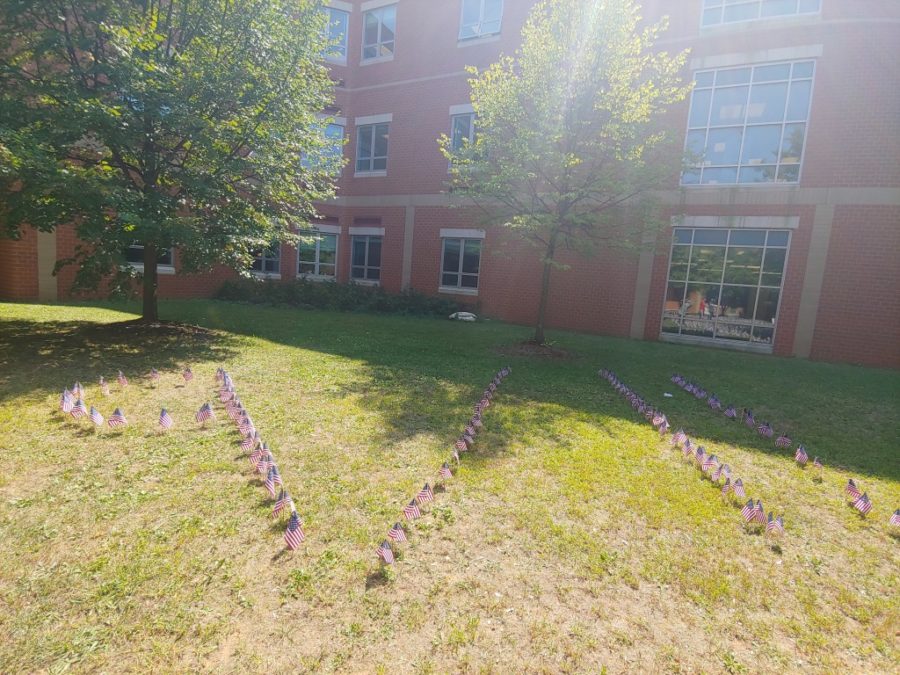 On the night of September 10, 2019, Northwest High School senior, Chase Gladstone, and the #JagPride Club, decorated the school’s courtyard.  All of this less than 12 hours before our nation’s most infamous date, 9-11.

Led by Media Assistant Kim Summers, students laid 2,977 American flags, one for each person who passed because of the September 11 attacks in 2001. According to Gladstone, he chose to plan this memorial because he had heard about other schools and institutions doing it across the country.

Gladstone says of the memorial, “I thought it would be neat if we could include Northwest in remembering and honoring the lives lost in the attacks.”

This was not an easy project. With about 20 people, the club had to create a system of where the flags would be placed and how they would be aligned. After they were finished students had just enough flags left and decided to write 9/11 in flags, according to Gladstone.

He credits the #JagPride Club with giving students a space to remember and recognize the lives that were lost 18 years ago. He organized this project, and with the help of the #JagPride Club, they were able to successfully complete the memorial. Gladstone graduates in the spring. He is anticipating, and hopes, that Northwest will continue this memorial annually. Together, we can honor the departed with a memorable tribute.